For my ePortfolio I've chosen to study the volcano Krakatoa. Krakatoa was a volcanic island which was part of what is now Indonesia. After a massive eruption in 1883, the island was mostly covered by water. A caldera that was formed in the aftermath of the 1883 eruption built up and broke the surface in 1927. This smaller caldera, named the "Son of Krakatoa" is still active to this day.
Artist rendering of Krakatoa before the 1883 eruption. 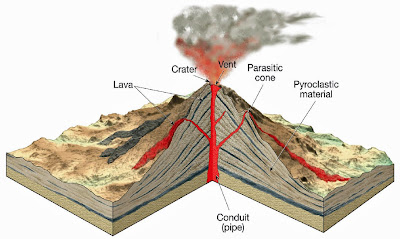 On August 26-27, 1883 Krakatoa erupted in one of the largest volcanic eruptions ever recorded. The eruption was equivalent to 200 megatons of TNT and was four times stronger than the most powerful nuclear device ever detonated. The eruption moved six cubic miles of rock and could be heard over 3,000 miles away in Alice Springs, Australia. Ash and gases from the eruption caused climate effects world-wide including record rainfall in Southern California and a 2.2 degree (F) drop in world-wide average temperature that persisted until 1888. Tsunamis created from the explosion killed thousands, with the final total death-toll from all volcanic effects estimated at 35,000 or more. In the final, most violent eruption, about two-thirds of the volcano collapsed in on itself, sinking most of the island into the ocean.
Lithograph of the 1883 eruption 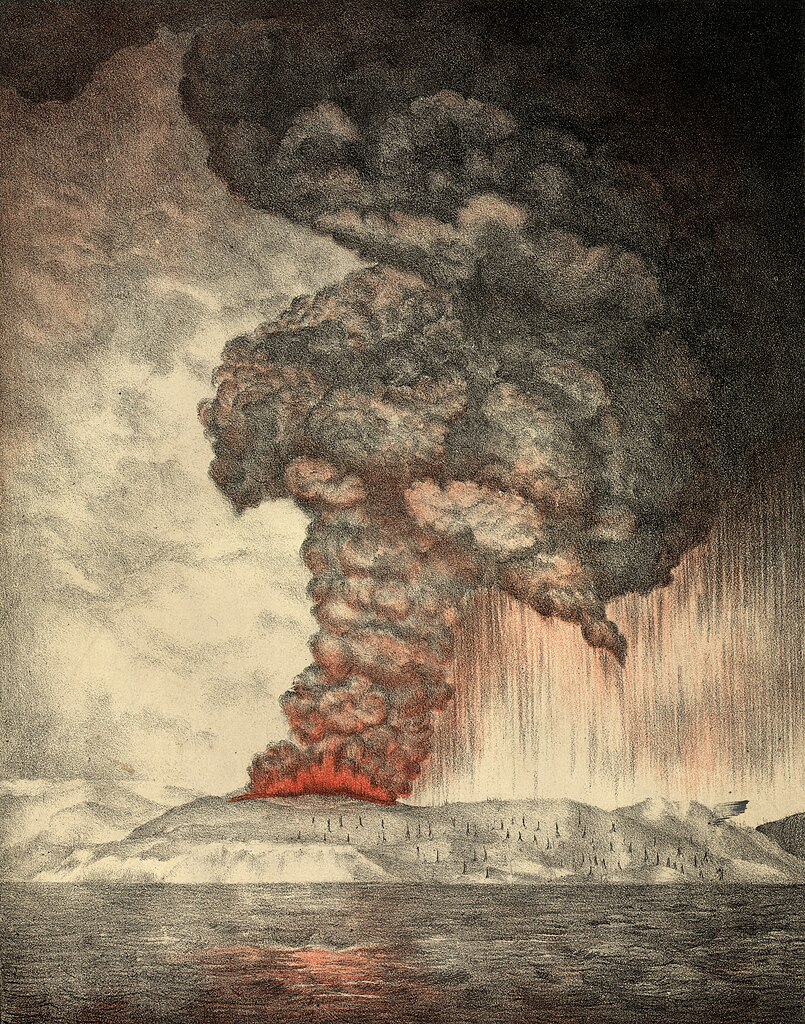 Image published as Plate 1 in The eruption of Krakatoa, and subsequent phenomena. Report of the Krakatoa Committee of the Royal Society (London, Trubner & Co., 1888) accessed at link on August 9th

The remnants of Krakatoa continued to be active after the 1883 eruption and the volcano resurfaced in 1927 after being covered by ocean in the aftermath of the event. This volcano, dubbed the "Son of Krakatoa," has been active ever since. The volcano has grown at an average rate of 5 inches per week since the 1950s, and it's most recent period of activity began in 1994.
Image of Son of Krakatoa erupting in 2008

accessed at link on August 9th